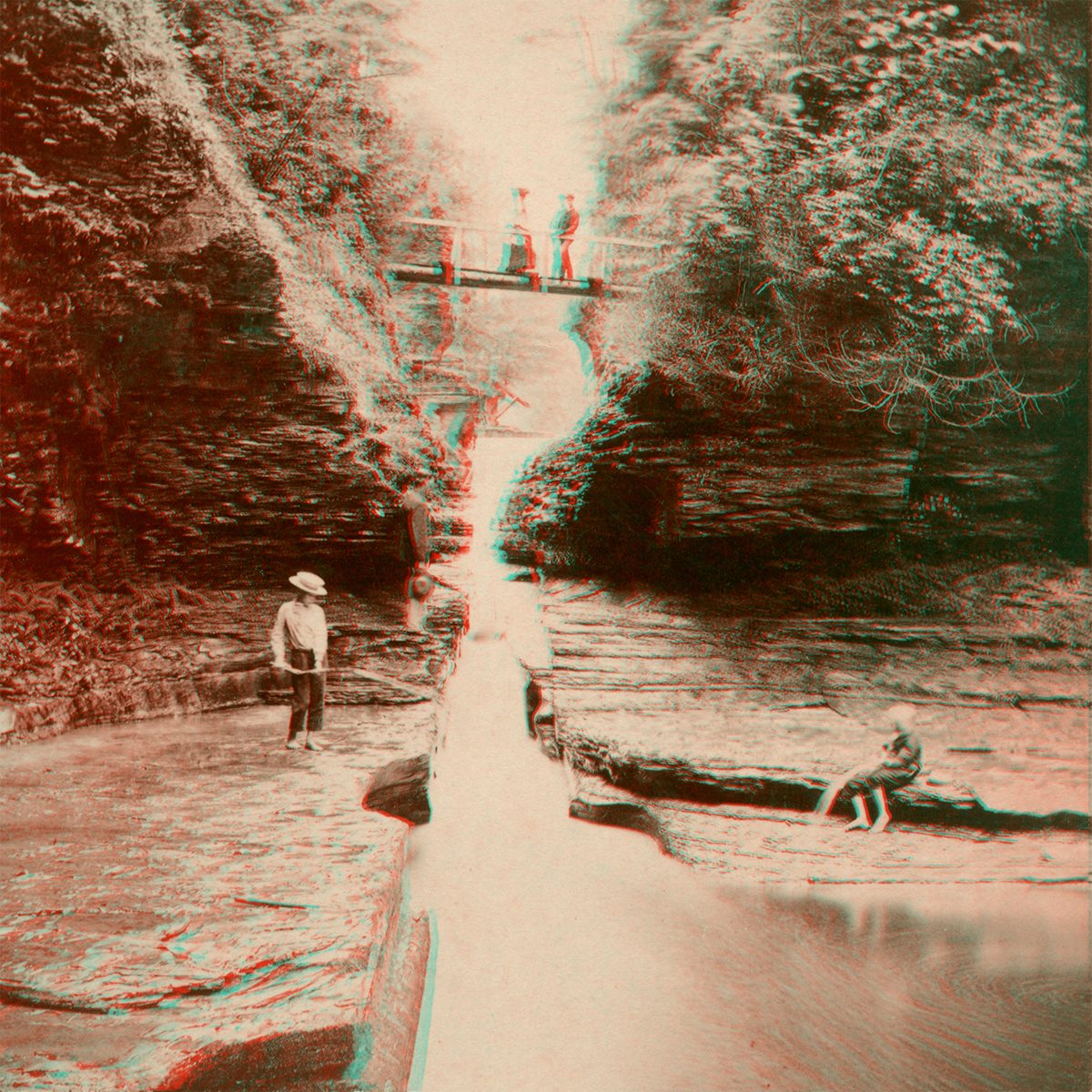 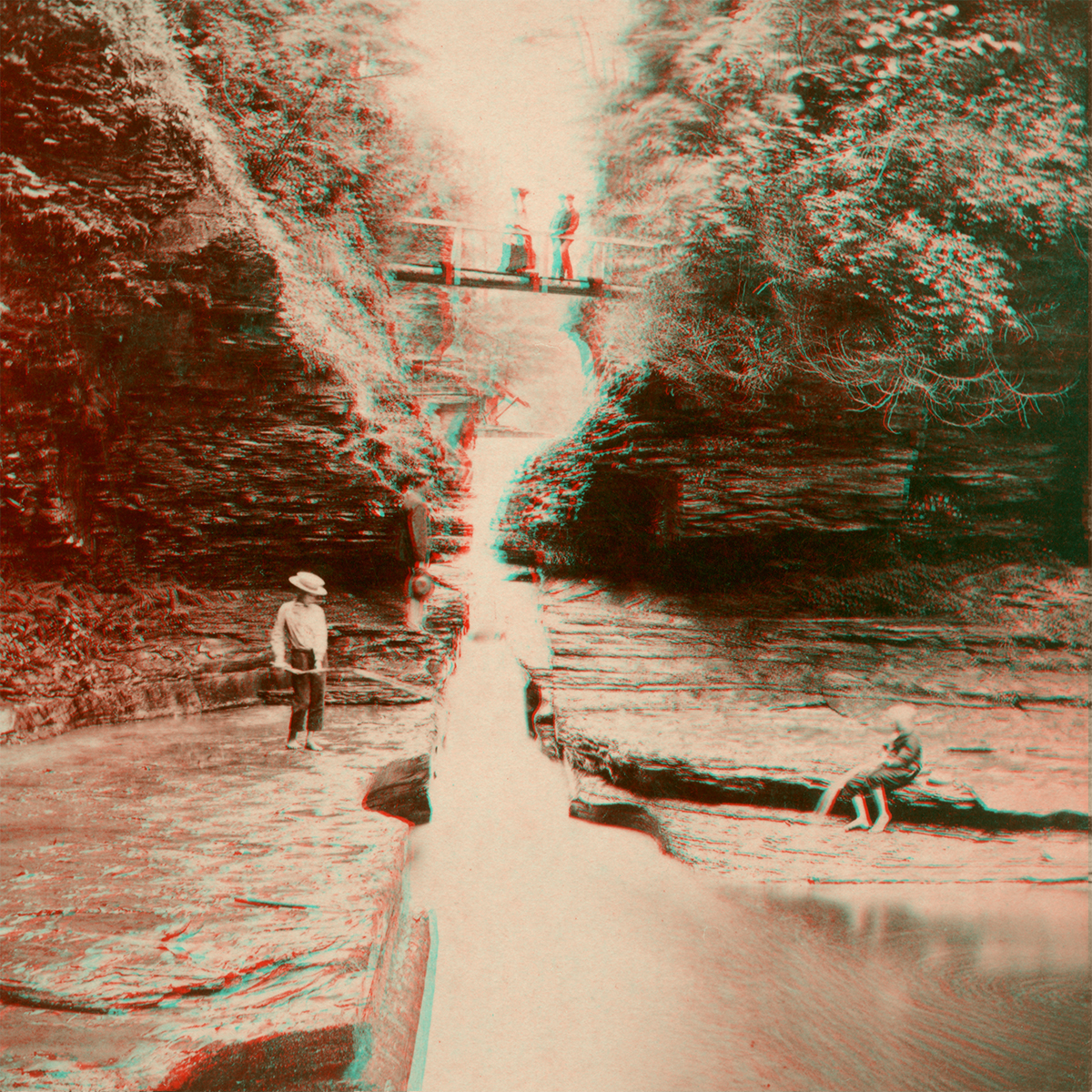 These photographs are from the History Center of Ithaca’s collection of 19th century stereographs. The size of the printed pictures and the depth of their spaces create a sense of place that is more palpable than a single flat photograph.

Stereograph photography was popular in the 19th century as a way to see a scene in 3D. The process works by taking two pictures at the same time roughly 2 1/2 inches apart, mounting the images side by side, then viewing the pictures through a special viewer called a stereoscope. This process recreates the sense of depth in the original scene. Taking this process one step further we created a single picture from each stereograph pair and converted the depth information to Red and Cyan. This is an anaglyph which when viewed with the colored glasses makes the pictures pop into 3D

The small drawings are from an on-going collaboration between Keith Millman and Mathea Millman. ( Instagram: @_Thismeans ) The series pairs declarative text with drawings that evoke a larger meaning through line, irony, humor, joy and metaphor.